Matrix — The physical material often dirt in which archaeological objects are located. Mesolithic — The period between the Paleolithic older and the Neolithic younger Ages. Microlith — Small, flaked stone tools, cms in length. Midden — A deposit of occupation debris, rubbish, or other by-products of human activity, such as shell, bone, or debitage, found close to a living area; a trash heap or pit.

Mousterian — The name given to a European stone-tool industry characterized by flakes struck from prepared cores, dating from about , until 35, years ago. Neolithic — The latter portion of the Stone Age, a time period beginning around 10, B. New World — Term used for the Americas North, Central, South, and the neighboring islands by Europeans in the 16th century who were discovering the region for the first time.

Nomads — Pastoralists; groups that move across a territory seasonally in search of food, water, and grazing grounds for livestock. Obsidian — A glassy, volcanic rock, often black in color, was used in ancient times to produce extremely sharp blades. 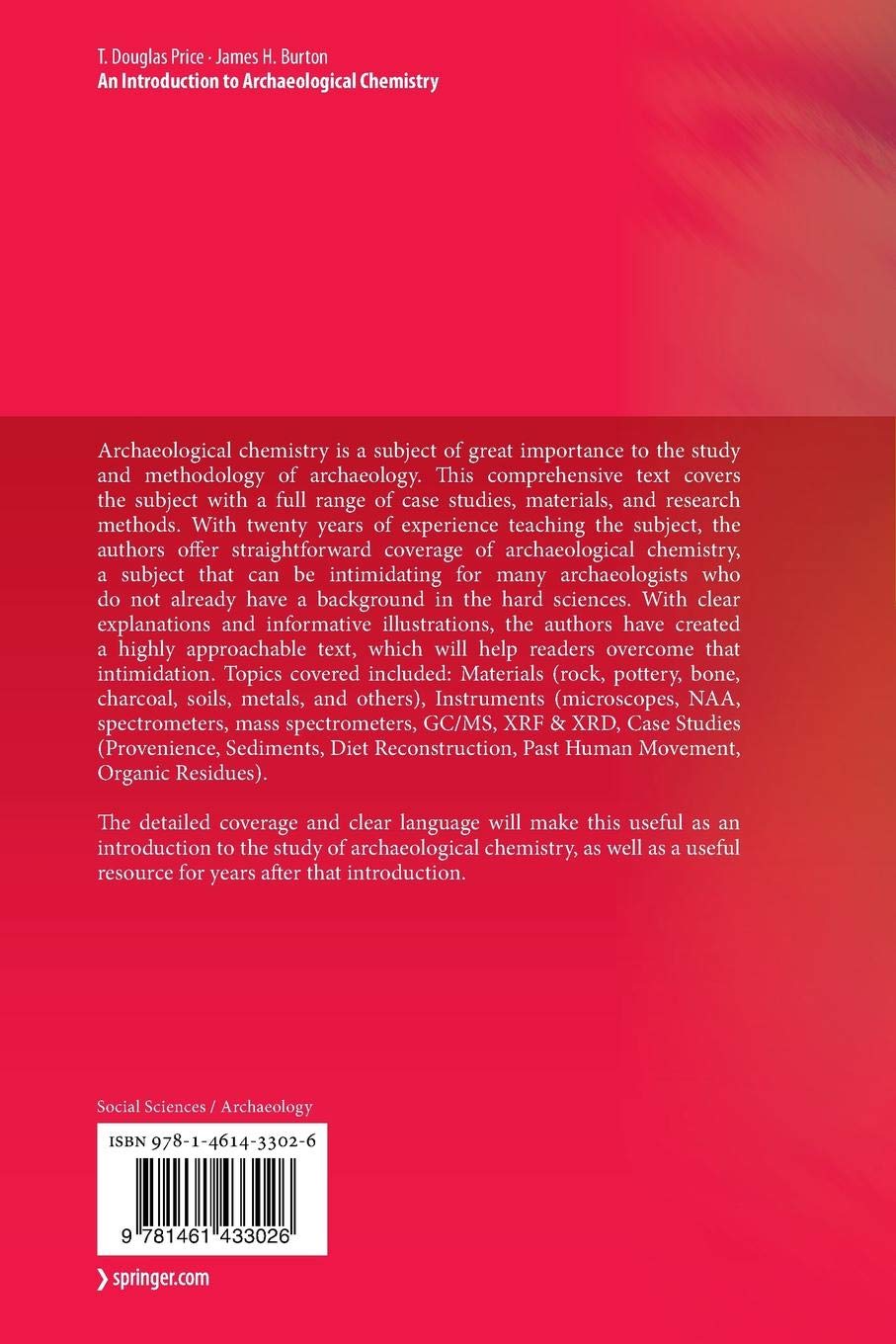 Obsidian blades can have an edge so sharp that they have been successfully used as scalpels in heart and eye surgery. Oldowan — Name for the earliest stone tool industry, dating from about 2. Characterized by large tools with a sharp edge created by the removal, through direct percussion, of a few flakes sometimes as few as 3 without much preconceived planning. Oligarchy — Government by a few, usually wealthy, upper-class families. Organic — Material derived from or relating to living organisms. Organic remains decay and are not preserved as well as inorganic remains in the archaeological record.

Osteology — The study of the structure and function of bones. Paleobotany — Study of ancient plants from fossil remains and other evidence. Also called Paleoethnobotany.

Paleolithic — The early stage of the Stone Age, beginning about , years ago. During this time humans relied on stone technology to sustain their scavenging, hunting and gathering lifestyle. Paleontology — The study of the forms of pre-existing life as represented by the fossils of plants, animals, and other organisms. Palynology — The recovery and study of ancient pollen grains for the purposes of analyzing ancient climate, vegetation, and diet. Papyrus — A reed found in the Mediterranean region, and northern Africa, especially Egypt, used to make a type of paper.

Pedology — The scientific study of soils. Petrology — The geological and chemical study of rocks. Pictogram — A picture or symbol that represents a word or group of words. Pithos — A large Greek pot used for storage of provisions. Plane table — A horizontal board mounted parallel to the ground on a tripod, that allows a map or plan to be attached and measurements taken with an alidade to be directly plotted in the field. Polis — A Greek city-state. Prehistory — The period of human history preceding written records.

Pressure flaking — Technique of removing flakes from a core by applying pressure steadily until the flake breaks off, in contrast to percussion flaking, in which the flake is struck off. Primary Context — The context of an artifact, feature, or site that has not been disturbed since its original deposition. Profile drawing — Profile drawings or cross section drawings are drawn representations of the walls of an excavation unit or of a balk made as if one were standing directly in front of them.

Each view may have a different profile or they may all look the same. Provenance — The origin, or history of ownership of an archaeological or historical object. Provenience — The three-dimensional context including geographical location of an archaeological find, giving information about its function and date.

Radiocarbon dating — An absolute dating technique used to determine the age of organic materials less than 50, years old. Age is determined by examining the loss of the unstable carbon isotope, which is absorbed by all living organisms during their lifespan. Dates generated by radiocarbon dating have to be calibrated using dates derived from other absolute dating methods, such as dendrochronology and ice cores. Radiometric dating — A variety of absolute dating methods based on the rates of the transformation of an unstable radioactive isotope into a stable element.

Rescue Archaeology — The swift excavation and collection of artifacts at sites in immediate danger of destruction, usually by major land modification or construction projects as in construction of a road or dam. Archaeologists record and recover as much of the site as they can in the brief period before it is destroyed. Also known as Salvage Archaeology.


Salvage Archaeology — See Rescue Archaeology. Sediments — Soils that have been transported over distances and have accumulated in a new area. Seriation — The organization of artifacts, monuments, types, and styles into groups assumed to be distinct and representative of chronological change.

Settlement pattern — Distribution of human settlements on the landscape. Shaman — A specialist in certain societies who acts as a medium between the visible world and the spirit world, practicing magic or sorcery for purposes of healing, divination, and control over natural events.

Sherd — The term used for a piece of broken pottery from an archaeological context. Also called a shard. Site — Any place where human material remains are found; an area of human activity represented by material culture. Slip — In ceramics, a dilute clay solution used for coating pottery, usually as decoration. Soils — Deposits that form in place from the weathering of parent material.

Square — In archaeology, this term refers to subdivisions of a site or a larger excavation unit. The subdivisions are small regular units often square or rectangular in shape. A continuous network of squares is called a grid. Stela or stele plural stelae or stele — A slab or column of stone, often decorated with carvings or inscriptions, erected at a site for ceremonial or historical purposes.

Stone Age — A period when humans used stone as the primary material for making tools.

See also Paleolithic, Mesolithic, and Neolithic. Stratigraphy — The study of the layers strata of sediments, soils, and material culture at an archaeological site also used in geology for the study of geological layers. Style — Characteristics of appearance used to classify objects into groups.

Style helps to identify cultural and chronological changes and connections. Stylus — A sharpened, wooden implement with a wedge-shaped tip used for making cuneiform inscriptions. Also, a pointed tool used by the Romans for writing on wax tablets. Surface Survey — The process of searching for archaeological remains by physically examining the landscape, usually on foot. There are many different types of survey techniques.

See Ground Reconnaissance. Tell — A mound, especially in the Middle East, made up of the stratified remains of a succession of settlements. When structures of a later period of occupation are built directly on top of an earlier layer, over time a settlement becomes raised above the landscape due to the buildup of layers. Temper — Coarse material, such as crushed shells or sand, added to clay to get a desired texture or consistency for making a pot or other artifact.

Three age system — Stone Age, Bronze Age, Iron Age: devised by Christian Thomsen in the early 19th century to organize artifacts chronologically and enhance museum displays, the system is based on the idea of technical progression of materials used in prehistory. A total station calculates angles and distances for surveyed objects.

This information can be used to create topographic maps. Transit — A surveying instrument used to measure vertical and horizontal angles and distances. Thicker rings are indicative of a good growing season with ideal temperatures and sufficient rain. See Dendrochronology. Trench — Term sometimes used to refer to an excavation unit, especially when the length is longer than the width. Tufa — Solidified volcanic ash. Also known as tuff. Tumulus — A large, earthen mound built above a tomb or grave.

Type — In archaeology, a grouping of artifacts identified as distinct or created for comparison with other groups.

This grouping may or may not coincide with the actual types or groups designed by the original manufacturers. Typology — The study and chronological arrangement of artifacts, such as ceramics or lithics, into different types based on associating similar characteristics. Typing makes a high volume of samples easier to study and compare. Underwater archaeology — The study of archaeological sites and shipwrecks that lie beneath the surface of the water.

This is a dangerous form of archaeology and is often conducted with the aid of mechanized tools that can be operated remotely. Uniface tools — Tools or points that are worked or knapped on only one side or face. Use-wear analysis — Microscopic analysis of artifacts or bones to find wear patterns or damage marks that indicate how the artifact was used. For more information about this course, visit the Department of Archaeology's website.

UK undergraduate fees are regulated by the government. These course fees cover the cost of your tuition. Some courses will require additional payments for field trips and extra resources. You will also need to budget for your accommodation and living costs. See our information on living costs for more details.